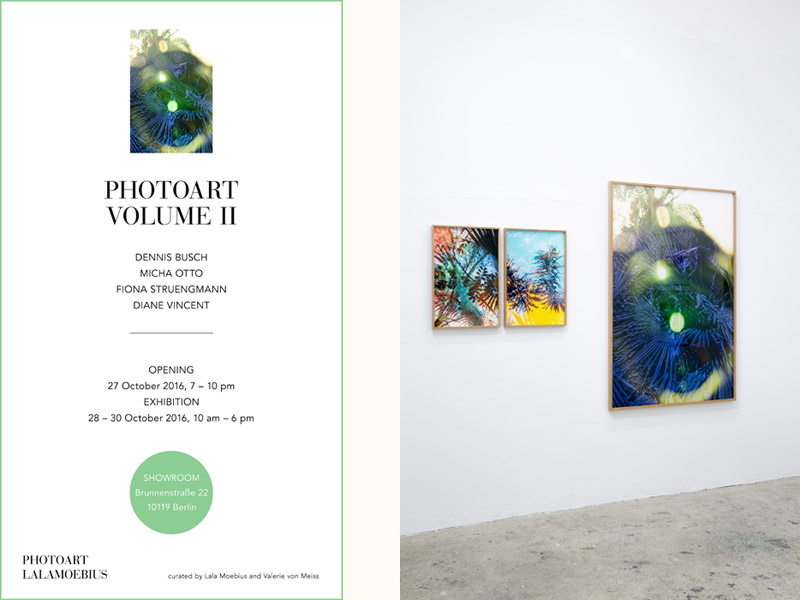 In the second group show of the PHOTOART exhibition series, works of four new talents in contemporary photography were shown: Dennis Busch, Micha Otto, Fiona Struengmann and Diane Vincent. The four presented positions differ in subject and photographic technique, yet they all share the same objective: to create new realities by merging the present with the past.

i join the crystal-eyed turtle’s hand by Diane Vincent reveals the dimension beyond time. One day the artist just wrote down these eponymous words. Inspired by their sound she created vividly coloured photographs of a tropical nature, overlapping layers, effigies of phantasmic, bright sensory impressions. The poetic title evokes the image of a turtle with kaleidoscope-like eyes. One can even imagine the sound of the rainforest in the very moment the photograph was taken. The perspectives are unusual. Diane invites the viewer to see the world with different eyes.